I decided to vote after my dentist appointment this morning hoping that the lines might have died down. (Alan went at 8am and was still in line when I called him at 9:15am.) I had hoped to go when the polls opened at 7am, but the contractors were scheduled to arrive between 8-9:30am to get started on the hall bath, so afterward it was. I lucked into a close parking spot, because otherwise it would have been better to go home and walk back. I was armed with my sample ballot and Wicked and snaked my way to the back of the extensive line around 10:50am. I was pleased that the lady in front of me in line remarked, after a sigh, that this was a GOOD thing ultimately. I think I heard someone say that the good thing about Bush was that folks were interested in voting again. I chatted some with the ladies around me in line, read some, waved at the little kids tagging along with their parents and seeing democracy in action, smiled at the firefighters and policemen in line as well, marveled at all the neighbors greeting neighbors, and admired the wonderful variety of citizens surrounding me coming to exercise their right to vote. I finally cast my ballot and was on the road to work  by 12:20pm. We all agreed that while the line was a bit tedious, it was worth it to be part of this historical day.

So, the hall bath is being torn apart, I made time to research the congress candidates and actually choose one of the write-ins, went to the dentist for a cleaning (no cavities! need to floss more.), went to vote, had lunch with co-workers that I ran into, and now finally got a new computer so my old box from 5ish years ago that was still running Windows 2000 Pro is gone. It's been a busy day.

sircorby 's meme, of who would I put in the cabinet.

United States Cabinet - a board to advise the President; members are the secretaries of executive departments; the United States constitution does not provide for the cabinet

US Cabinet
AoD's Bob- Attorney General of the United States

theodorad - Secretary of Agriculture, cause they are of her tribe

rolanddem - Secretary of State, one of the levelest heads I know

sircorby - Secretary of the Interior

terrshee - Secretary of the Treasury

attack_laurel - Secretary of Veterans Affairs, with

nq3x
1. Stop talking about politics for a moment or two.
2. Post a reasonably-sized picture in your LJ, NOT under a cut tag, of something pleasant, such as an adorable kitten, or a fluffy white cloud, or a bottle of booze. Something that has NOTHING TO DO WITH POLITICS.
3. Include these instructions, and share the love. 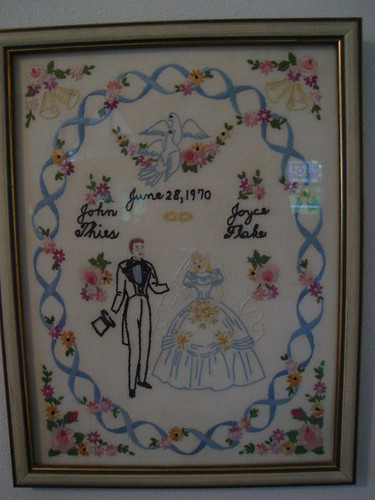 Congratulations to President Elect Barack Obama! Congratulations also to Warner, Hagen and the other new democratic Senators. To say I'm pleased would be an understatement. I'm ecstatic, and tired.

But I also want to thank all the candidates, for their willingness to serve this great country and her citizens. Thank you John McCain for your lifetime of service to this country in war and in peace. Thank you Sarah Palin for being a great cheerleader for the Republican party and trying to keep the focus on the average American, even if we disagree on the particulars. Thank you all for rallying and getting out the vote, and all the first time voters, and long-time voters.

I do find it important to stress that 51% is not a mandate, no matter what President Bush claimed. It is a majority, but honestly a slim one. We need to keep in mind all of America, in her variety and splendor, and do what is best for the country and the world from here on out.
Collapse